I have to emphasize that my job at Share wasn’t all a litany of meaningless, mind numbing boredom and harassment from intellectually challenged managers. 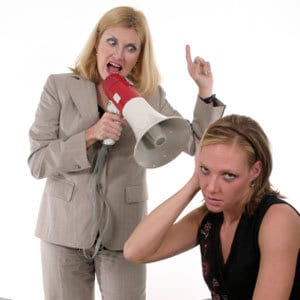 No siree, Bob. Here I feel may be a good time to  briefly touch on the lighter side of telemarketing/fundraising. The calls at Share are all computer generated. The callers have no control over who or where they call. We had to talk with whoever we are connected to. Sometimes this made the job a wee bit more interesting. Over the several years I worked at Share I briefly talked to a fair number of famous people. Not that I’m impressed by celebrities,  mind you, but this did make the job slightly more interesting and tolerable 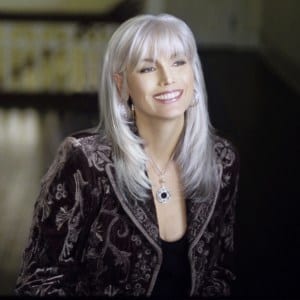 A little while after I started work at Share the software connected me to the folk/country singer Emmylou Harris. She was in Nashville, Tennessee. I’m positive it was her. As soon as  she found I was a telemarketer she “telezapped” me. Telezapping is done by a device you can put on your phone to block out unwanted calls. It makes it sound like there’s a problem with the phone. Surprisingly I got very view telezappers. That technology is probably “old school”. Most people today have caller ID and can tell if they’re being called by a solicitor. Anyway, I didn’t blame Emmylou Harris one bit. for telezapping me. I certainly would have done the same, assuming I had a telezapping device and an unwanted solicitor called.

Another time, much much later, I got George Takei, the guy who played “Sulu” in the original Star Trek and now a social media LGBT activist. I met him at a convention about ten years ago.  He gave a polite refusal. 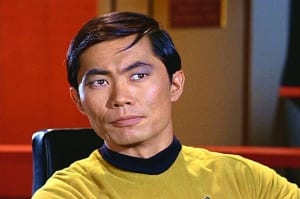 Once  I got someone who I think was the science fiction writer Kim Stanley Robinson, author of the Mars Trilogy and  an intriguing novel,  “Years of Rice and Salt”.  YRS is an alternate history in which the Black Plague wiped out the entire population of Western Europe. Europe was later recolonized by North Africans. Western or at least Christian civilization was erased. The rest of the world continued developing in unique ways. YRS is one of my favourite novels, densely textured with an  enormous amount of research put into it. The ending I felt was weak though. KSR comes from a literary Marxist background-he studied under the Marxist literary critic (and science fiction fan) Frederic Jameison. Recently someone told me that both the Mars series and YRS are full of subtle literary references to Marxist philosophers like Gramsci and Lukacs. I missed this when I read it.  Anyway I’m sure it was the writer-it was a “Kim Robinson” from a town in California. When I called him KSR said he was very busy and he seemed angry at being called. Maybe I got him when he was in the middle of digesting a tome on Althusser. Well, I get pretty anal when I write myself so I guess I can’t blame him. 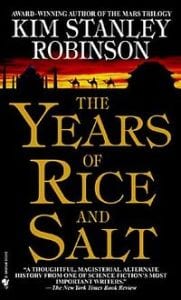 Towards the end of my time at Share I got Patch Adams, the famous doctor. At the time I didn’t know exactly who he was. The name sounded familiar. He gave money to the animal group I was calling for. I told him his name sounded familiar. He told me he was a doctor. and they made a movie about him about ten years ago starring Robin Williams. He then said he was very busy and had to go. He was very nice. 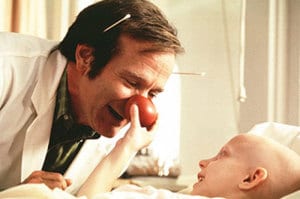 One day I got  Dr. Anne Lawrence, famous in the transgender community for her “autogynaphilac” theory of transgenderism. I knew it was her, I recognized both her voice and her address. I got a polite refusal.

One time a person who was sitting next to me got Stephen Cohen, the  leftish Russian scholar who sometimes writes for the Nation. I didn’t speak to him and I’m not absolutely sure it was him but I knew he worked at Harvard and there was a Cambridge phone number. One time I got  the phone number of Ross Terrill,  the Australian China scholar, the author of “The New  Chinese Empire” . He  also works at Harvard. He wasn’t in. I would have loved to talk to him.

Another time one of my neighbouring callers got  the writer William Styron, author of “The Confessions of Nat Turner’, and “Sophie’s Choice”. I knew it  had to be the writer because the address was in Wellfleet, Cape Cod, where I knew he lived.  Styron died a few months after that.

Overall , despite occasional famous people, the vast majority of people I spoke to were not very interesting. Usually the mundane. “Please put me on your do not call list and don’t fucking call me again” Over and over and over. A few exceptions. One time I got the answering machine of a therapist in Oregon. She described herself as a “radical forgiveness therapist”. I am sorry I missed her. I would have loved to have apologized for having to call her and ask for her forgiveness. Another time I got a minister or preacher from a bible belt state. He had just seen “The Last Temptation of Christ” and he spent about ten minutes describing it to me and trying to convince me to see it. I heard that Gibson originally wanted to have the film shown in ancient Aramaic, with no subtitles, which presumably would have eroded his audience base somewhat, but his studio wouldn’t let him. I also read that “The Last Temptation” is a hit in gay clubs in Europe, where presumably watching a cute guy being physically tormented is considered the height of trendiness.

One time, calling for the ACLU, I got a guy who had proof that Bush was about to start a nuclear was against Iran. He sounded very convincing about this. This of course was around the of the Seymour Hersh articles which were saying almost the same thing. This guy emailed me a paper he wrote on this which is still waiting, to be read forlornly,  in one of my email boxes. 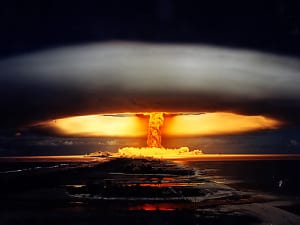 One time my friend Kevin got a woman who said she had been in a Trotskyist group in the early seventies. The FBI had been chasing her and she had lived underground for over 20 years.

There were probably other interesting callees. Nothing comes to mind right now though. Shortly before I left Share I got the phone number of a woman in the Chicago area named “Jennifer Hitler”. She wasn’t home. If I had succeeded in reaching her, I don’t think i would have asked her about her name. I thought she had probably gotten a fair amount of abuse though out her life with a name like that. I didn’t want to add to it.